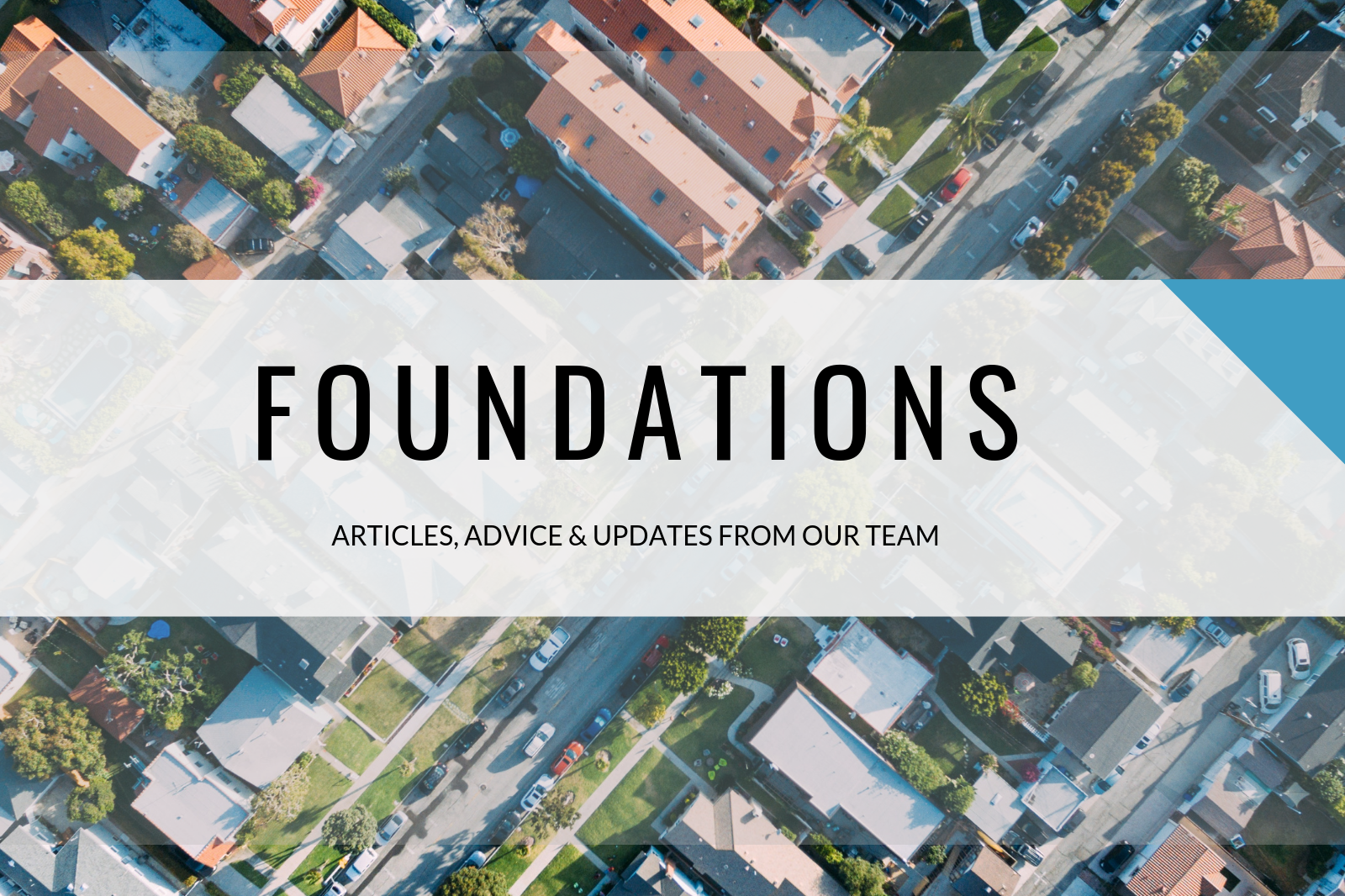 GROUNDFLOOR Success Story: The Banana Inn on Lake Worth Beach

Since our founding, we’re proud to have successfully funded over 420 real estate projects around the country, with more coming in every month. While each property is stunning in its own right, we especially love when our borrowers are publicly recognized for their hard work. Troy and Gaby Yohn, two of our borrowers based in Lake Worth Beach, FL, were recently honored with a Historic Preservation Award for their incredible work restoring the historic Banana Inn. We caught up with them to learn more about this project and to see what’s next on the horizon. 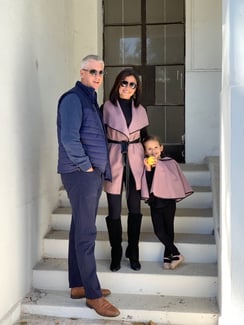 Q: How did you get started in the real estate field?

Q: How did you find the Banana Inn and what made you decide to purchase and renovate it?

Where we live in South Florida, there isn’t really a huge demand for fix and flip properties, so we had to get a little creative! We initially looked into developing a traditional rental property, but we decided against it as the payout wasn’t going to end up being that great.

So, we started looking into developing a property we could host on Airbnb, and that’s how we found the Banana Inn! This property was initially built in 1923 and run as a traditional bed and breakfast, but it was badly in need of repairs and modernization - for example, the electrical system hadn’t been updated since the 1950s! But the property was absolutely beautiful and we could see a lot of potential. 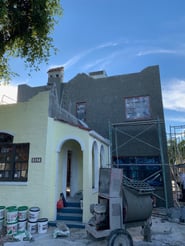 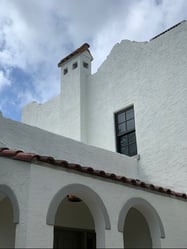 Q: How did you find GROUNDFLOOR and what was the role GROUNDFLOOR played in this particular project?

We’re proud to have a longstanding relationship with GROUNDFLOOR, stemming back to when we lived in Atlanta around 2013. When we first moved there, we stumbled upon this fledgling real estate platform that was beginning to make itself known in the Atlanta flipping community. We loved what we heard and we attended several of the networking events that Brian [Dally, Co-Founder & CEO of GROUNDFLOOR] organized.

At the same time, we began work on a big renovation project up in Woodstock, GA, in which we planned to renovate and sell four townhomes. It was a no-brainer to partner with GROUNDFLOOR on the project - in fact, ours was the second project that GROUNDFLOOR ever funded!

Since then, we’ve been proud to use GROUNDFLOOR as the funding source for our projects, and we cannot thank them enough for their part in our journey.

Q: You won a Historic Preservation Award for this project - what does that mean? How did you all work to ensure that the property’s history was properly preserved? 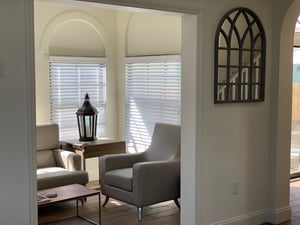 We won a Historic Preservation Award really because of the scale of what we did with the Banana Inn. When we started the project, we knew we wanted to keep the original character of the building alive, while at the same time modernizing everything to bring it up to current standards of luxury. So we essentially had to take the entire property down to the studs and rebuild it with historical considerations in mind. One of the requirements in this particular historic district is that developers can only use building materials that would have been used back then - so, for example, you wouldn’t be able to use metal as a roofing material since metal roofing isn’t true to that time. 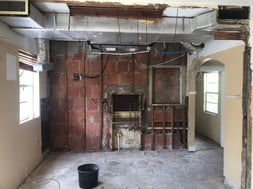 As you can imagine, this was a monumental undertaking! To give some perspective, the Banana Inn has 28 windows, and each of them needed replacing. But to be in line with our historic district’s building codes, each window not only had to be the exact same size as the originals, but also had to be made of historically-accurate materials, while also being hurricane-proof on top of that! So all 28 windows had to be custom-made, which was not cheap - all told, we ended up spending about $45,000 on just the windows! 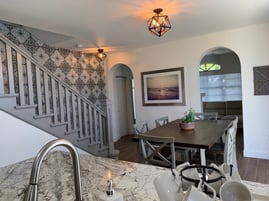 In the end, it was definitely a big challenge, but we are incredibly proud of the work we’ve done. We kept many of the home’s charming original features - we adore the old staircase, the arches, and the original fireplace! - while also updating and modernizing where necessary. Plus, we used our hospitality backgrounds to ensure we were adding all the luxury amenities people have come to expect from world-class accommodations. The result is a gorgeous Airbnb that feels like a private resort!

Q: What’s next on the horizon for you?

We are actually currently working on another Airbnb project just a few blocks away from the Banana Inn. This will be a new construction project, but since it’s still in the historic district, it still has to echo the same 1920s feel as the Banana Inn. So we’re currently planning for a 3BR, 3BA 1920s cottage, complete with a pool. We’re thrilled to be partnering with GROUNDFLOOR again to finance this project, and we can’t wait to see how it turns out!

You should always have a backup plan! Be creative in the types of properties you consider, and be open to all the different ways they could be used. Because GROUNDFLOOR is the nontraditional way of financing renovations, it lends itself very well to nontraditional projects that the ordinary investor wouldn’t see or consider. So don’t be afraid to step outside of the box!

Congratulations again, Troy and Gaby! We’re honored to have played a part in creating the Banana Inn, and we are so proud to see all of your hard work paying off!